I was doin' a little web-surfin' (Whoa, dude. Gnarley virus fast-approaching on my nine, homie!) when I learned of the word "Zemblanity" (linked from Cosmopoetica's 10.16.07 entry; use my link if you wanna know what Zemblanity means, because that's not the word I'm focused on over here at the chew toy.)

Well, it got me thinking about z-words. Having a z-name, I've always been interested in the letter "Z." I mean, I have to be interested. Most of my life I've been at the end of lists and last in lines. Only two people in C.D. East High's Class of 1997 got diplomas after me: V. Zorkic and T. Zoellner. 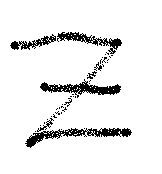 Oh, woe is me and all that. The point is, z-words are cool az, yo. Here's one I like because it was the final word in the dictionary at my parents' house (a.k.a. the dictionary I used all through public school):


zyzzyva [ziz-uh-vuh] - any of various South American weevils of the genus Zyzzyva, often destructive to plants.

Even Wikipedia's entry on zyzzyva mentions it being the last word in many dictionaries. Also in that entry is a link to a starfish (?) Genus Zyzzyzus, which is an even cooler word--because it sounds like a Dr. Seuss creature.


So the idea is to throw a z-word on the ol' chew toy every once in a while. This entry's z-word is zyzzyva (in case you forgot already, or in case I put you to zzzzzzzzzzz...).