I came across this video on http://www.cosmopoetica.com/blog/ and I almost didn't watch it because I saw it was 4 minutes long. But then I had one of those moments where I told myself, Hey, Speedy McA-hole, why don't you take a few breaths there, buddy.

Care to do the same?

Went to NM recently. I think its nickname is the Land of Enchantment. I don't see why though. I had a really good time. It wasn't at all like being stuck in a chant.

I drove around a lot and saw lots of stuff and things. Here's a pretty typical shot of the driving scenery: 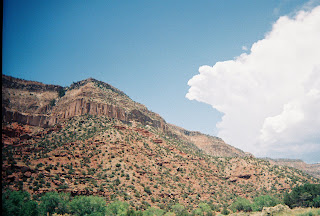 Funny, but clouds love eating the mountains there. It has something to do with the cinnamon and paprika in the rocks.

This road sign picture is for those of you who know me, and think I'm obsessed with poop. Well, you're wrong. I just think poop is funny, and I see it everywhere: 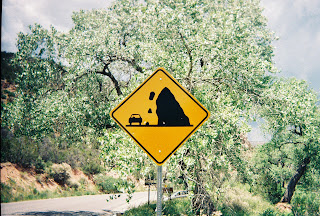 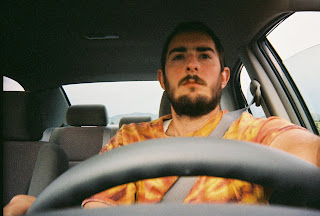 I call it "Self-Portrait While Driving in New Mexico."

My first real stop was Cuba. Who knew? Who knew it was legal to drive to Cuba? 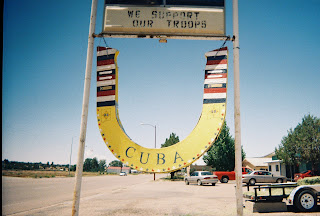 And why does Cuba support our troops? I thought we hated them, so that would make them hate us too, troops included. Right? Unless they're talking about THEIR troops, which would make sense, since they have their own communist troops, while our troops run on capitalism.

While I was in Cuba, I supported both their cigars and their superior health care... but not at the same time, of course.

Here's what it looks like from one of the highest points just outside Cuba: 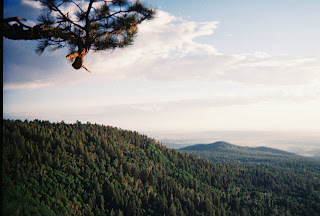 To cleanse myself of communism after returning to New Mexico, I went to this place called the Soda Dam: 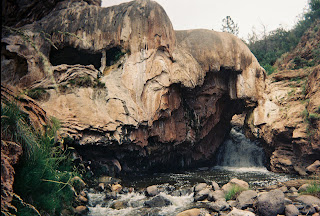 At first, I thought the water smelled funny, but then I realized it was the communism being washed from my skin. For safe measure, I hiked from Battleship Rock to these nearby warm springs for another swim, and sure enough, there was still some of that funky communist odor left on my white American skin. 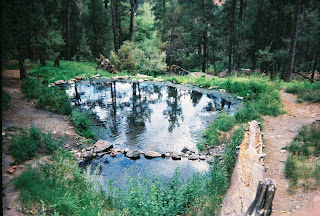 Maybe you think I'm going too far, but really it was only like two miles, (a 45-min. hike). And the springs were really cool--I mean, warm. They could definitely make a ton of money though if they just built a cable car that went to them.

(Serious note: Soda Dam and Battleship Rock were both on NM 4, a scenic route running from San Ysidro to ~Santa Fe. I recommend driving it in your rental car--unless you drive your own car, in which case there will BE no need to rent a car.)

Probably the highlight of the trip was the Kasha-Katuwe Tent Rocks National Monument. I took the Canyon Trail up to the top: 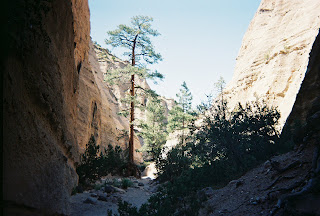 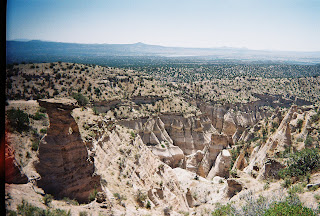 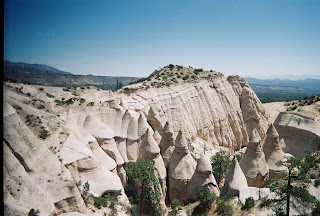 All pictures are mine, but you can use them on your desktop. I know they're all excellent. I'm the one who took them with a disposable camera.
Posted by zimdog at 13:20 3 comments: