I'm sitting here, bored, working the occasional part-time thing at the Buehler Observatory in Davie, FL. Figured I'd post a couple of the pictures taken here. The guy that runs the place, Arno van Werven, is a self-taught amateur astronomer from Holland. Isn't that veerd?

First let me introduce you to the observatory itself: 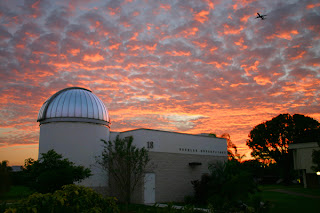 It's kind of fun working here, but, man, I just don't dig any place where I have to interact with the public. Just as I start trying to sight an object, adults circle around me and start firing off rapid-fire questions, the answers for which they're not really interested in, since they start asking the next question before I'm done explaining the first one. Then, some moron kid runs over to the scope I just sighted and says, "What's in this one?" grabbing hold of the eyepiece and yanking down on it, which is when I say, "Well, the moon used to be in there."

Lately I've been getting, "Where's Saturn?"
I say, "It'll be up in about an hour."
Five minutes later, "Is Saturn up yet?"
Uggh.

I like you all though, so you can look at Saturn now if you want: 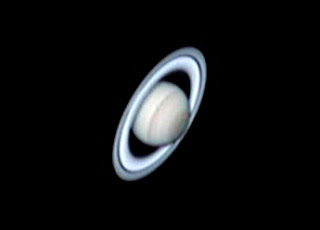 It's not that I hate people--just stupid people who are overly excited and unable to control themselves.

Here's the Sun. We have solar observing every Wednesday afternoon, or on special solar occasions--like transits or eclipses. 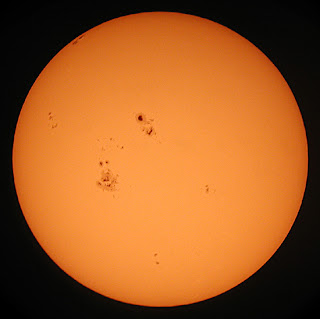 If you want to see more of Arno's pictures: www.ilovestars.com

Stay spaced out, y'all!